Etusivu » News » Science in the Spotlight in Hundreds of Cities

The European Researchers’ Night events have been organized on the last Friday of September in hundreds of cities since 2005. What will happen in these different events all around Europe this Friday? Read here how the events are organized in Sweden, Dublin, Italy and CERN.

Sweden has been a part of the European Researchers’ Night already from the first year of the event in 2005. This year ForskarFredag program is organized in together 28 cities. There are many different organizers from universities to museums.

In Ireland the European Researchers’ Night is organized only in Dublin at the Trinity College. Organized from year 2012 the event’s program takes over the historical Front Square of the campus creating festival-like atmosphere.

In Italy the event has been organized from the year 2006. There are together 25 cities participating in the event and over 300 activities involved from seminars and science cafés to science games. The European Organization for Nuclear Research CERN has participated in the event for eight years. There are two events organized: next to its on-site event CERN provides virtual tours.

In Sweden part of the program is very popular Researchers’ Grand Prix -competition in which the researchers tell about their research in an entertaining way in four minutes. Along the year there has been for example dance and singing shows.

According to the event’s national coordinator, Vetenskap och Allmänhet -organization’s Project Manager and Communications Officer Lena Söderström the European Researchers’ Night is a great opportunity to meet researchers and learn more about what research is and how it is made.

The events aim also to reach children and young people who live in the smaller cities. 72% of the teachers who answered a questionnaire after visiting ForskarFredag with their pupils told that their class had not visited, or been visited by, reseachers before.

“Also researchers get new ideas and perspectives to their research when meeting with the public. The European Researchers’ Night offer arenas where researchers and the public can meet, it is very important”, Söderström says.

“We want to highlight recent research, show how research is conducted and how it affects our daily life”

In Dublin the event is focused on the Grand Societal Challenges and how research addresses these topics and improves the life of the citizens. Mairéad Hurley is the Project Coordinator of Science Gallery Dublin, which organizes the European Researchers’ Night. She says that the event gives the public and the researchers the opportunities to engage in a two-way dialogue.

While the public learns about the research that is going on in Ireland and have the opportunity to talk to the people responsible for it, the event also gives the researchers the chance to speak directly with the people whose lives may be afftected by the research they are carrying out, and to get their input and opinions on important issues.

“It also allows researchers the opportunity to get outside their comfort zone, and to show off their work in innovative and novel ways”, Hurley says.

In the program can be found many transdisciplinary collaborative events. Last year there was an event organized where an experimental chef prepared in co-operation with the researchers a “Pollinator-menu” using only ingredients from which rely on pollinators to draw awareness to the importance of pollinators for our food chain.

In Italy the most popular programs are “hands-on experiments” and science shows. The theme of the European Researchers’ Night MADE IN SCIENCE. This trademark of research is showcasing the strenght of researchers’ job. The aim is to communicate to societies about the importance of the “production chain” of science in terms of quality, identity, creativity, security guarantee, trans-nationality, “Know-how” and responsibility.

According to Project Manager of Frascati Scienza -organization Cinzia Grasso the European Researchers’ Night is useful in spreading scientific culture and promoting the role of researchers. It can also encourage young people to pursue scientific careers.

“In particular, according our survey, the event helps in providing a clearer understanding of what research is. The data could be interpreted as an increase of researchers’ communication effectiveness, adapted to the needs of the target, through more dedicated and interactive events.”

This year CERN’s program includes for example screenings of science films, testing virtual reality headsets and a talk “Why do science in space?” where ESA astronaut Matthias Maurer is also participating. The debate will be webcasted in English.

The virtual tours to CERN experiments are followed this year in ten countries, also in Finland. The tours are organized in different languages and the audience has a possibility to ask questions from the guide.

The main organizer of the event Laurianne Trimoulla thinks that the greatest thing in the event is the diversity in offers, activities and themes.

“There are so many aspects of science impacting our daily lives, some of them are really unsuspected and such an event sheds a well-deserved light on them. People tend to picture science with scientists wearing white coats and isolated in their laboratories. Its in reality much more than that and its definitely worth showing the general public. And who knows, maybe the seed of science plants on this occasion.” 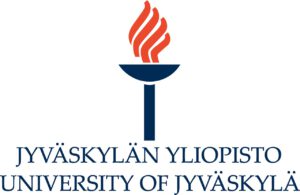